Dying to See You Again

I'm posting here tonight to discuss the matter of my death. It's a subject that is close at hand for me right now.

Before anyone panics, I want to make it clear that, as far as I know, my demise isn't imminent, at least in a corporeal sense.

In almost any other sense, though, I could argue that it happened months ago, and everyone, including myself, somehow missed it at the time.

The adjectives that I would have used to describe myself - balanced, quick-witted, patient, upbeat, attentive, creative, articulate, focused, persistent, sharp, athletic, self-controlled - now fail to apply in any significant degree. Things that used to be easy and fun, that I used do for amusement, are now entirely beyond my reach, some physically. some mentally, and some both. The skills and talents that I used in my work - pattern recognition, rapid data processing, attention to detail, reading speed, verbal fluency, the ability to draw meaningful connections between disparate elements, knowing just the right thing to say at just the right time, access to a vast and varied font of accurate and precise memory - all gone or altered beyond recognition. My patterns of behavior and emotional response have changed dramatically, and so relationships with family and friends have shifted as well, and not in ways I would have chosen. People I counted close cease to call, cease to speak, turn away from the stranger who stands in the midst of my life like a doppleganger.

The situation I find myself in leads to some interesting questions, ones that have been explored through the ages by better minds than mine by far, but I (or what passes for me these days) am here and they're not, so it's my turn to at least bring them up, even if I'm not up to the task of tackling them alone.

Here's the first set that's been on my mind (or on the mind of whoever it is who has been living what passes for my life these days):

Where does the essence of the self reside, and how much can it be altered before it ceases to be the self and becomes something else?I'm interested in hearing your thoughts on this.

I had a neuropsychological evaluation recently, to try to determine the nature and extent of my brain injuries and distinguish them from any underlying psychological pathology. As part of the evaluation, the psychologist asked me if I was suicidal. I denied it. But the question struck me funny. It still does. If suicide is the desire to extinguish the self, what more thorough job could ending the body possibly do than what has already been done? And if I'm not myself, it wouldn't really be suicide, would it? It would be murdering a stranger, and if there is any continuity between the person I was before and the person I am now, the idea that murdering strangers is something one just doesn't do would have to be counted among the few, but blessed, common threads that join us together.

I'm grateful that I retained just enough judgment and impulse control not to say that out loud during the evaluation.

I apologize for the lack of relevant links. Consider it a symptom. Composing these few paragraphs has been the work of weeks, not minutes, as would have been the case before. I'll try to remember to keep hunting for them. If you have any that you think would illuminate the topic of conversation, please share them in the comments, and I'll add them in in the appropriate places. I'd like to think I'm not just writing this for myself (especially since I don't even know who that might be or where they might have gotten off to), so I'll look forward to your comments, and check back as soon as I remember that I still have this blog. 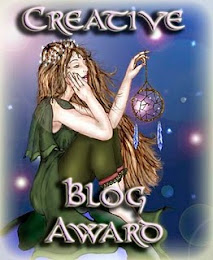